Eden Holistic Pet Foods are an independent, family owned company based in the rural countryside of Staffordshire. The company was formed in 2011 with the aim of producing foods that support the health and vitality of their own animals and has since grown and flourished.

Eden were referred by a number of vets and animal nutritionists to a very interesting web site: www.dogfoodanalysis.com which is an independent resource containing reviews of over 1500 dried dog foods along with a star based ratings system for easy guidance. At the time the Eden founder was using a well know brand and he was shocked to see that it was only given a 2 star rating, so his quest began!

On a Mission to produce a top quality food, working with animal nutritionists and vets, the aim was to make a dried complete food that mirrored the biologically aligned “Ancestral Diet” of our pets whilst using the very best nutritionally aligned ingredients.

As a result of this hard work, Eden is the first British pet food company to achieve the highest possible rating of 5 stars on the great dog food review site: www.allaboutdogfood.co.uk, where you will see useful breakdowns of what ingredients are beneficial for your dog and how brands measure up,  Eden has a very simple philosophy that is perfectly summed up in their tagline, “Supporting Animal Health Through Nutrition ™.”

- Produce only the very best foods possible that are 100% Natural

- Never use grains and cereals, animal derivatives, fillers, sweeteners or flavourings in their food

- Use the ingredients listed, nothing more, and nothing hidden

- Never create misleading packaging with pictures of ingredients that don’t represent anything that is inside the package or use jargon to hide the truth about their food. 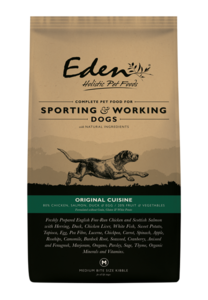 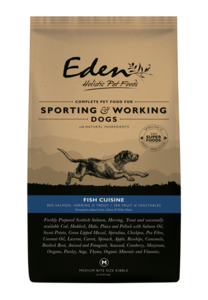 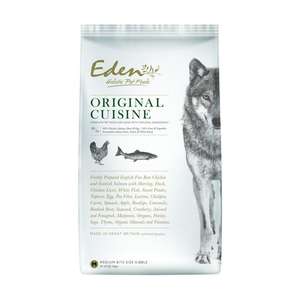 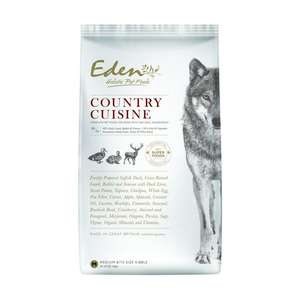 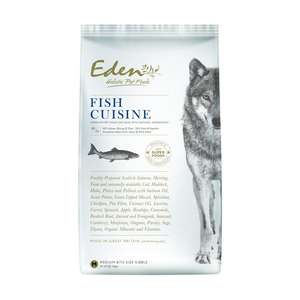 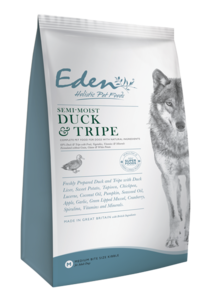 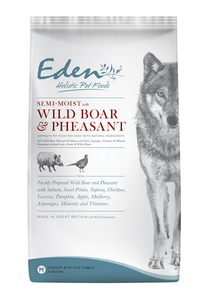 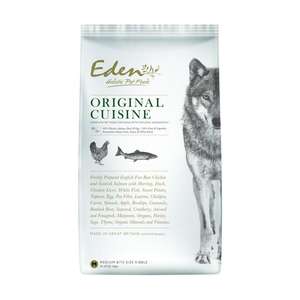 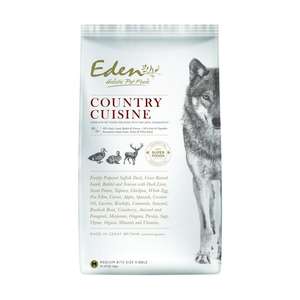 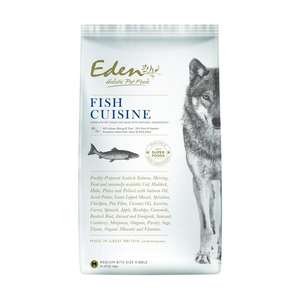 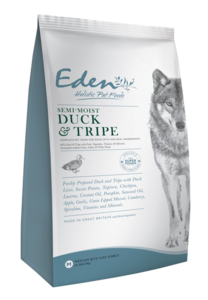 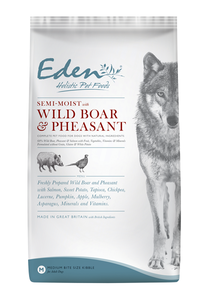